2021 has been quite a big year for Dave! For starters, he completed his 59th revolution around the sun, and while the first half of the year seemed pretty quiet for him, we began getting bombarded with all kinds of news and activity in the second half, starting with a Metallica cover and ending the year with a full studio album release and tour among other things. Let's look back at the year 2021 for Dave, shall we? And then we'll also talk a little bit about what is ahead for 2022.

1. "Nothing Else Matters" song release 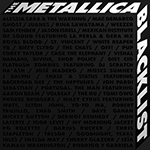 On September 10, Metallica released The Metallica Blacklist, an album celebrating The Black Album's 30th anniversary. This album featured 53 different artists all covering various songs from the original album. Dave was one of the artists featured on the album, and his cover of "Nothing Else Matters" garnered mostly good reviews. All proceeds from the album went to the All Within My Hands Foundation and also the charity of each artist's choice. Dave's choice was World Central Kitchen, an organization that provides meals in the wake of natural disasters. You can read my full review of the song on this page. 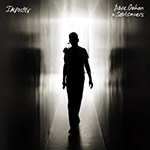 On November 12, Soulsavers released their third studio album with Dave called Imposter. Nicknamed, "A Story of Songs," it is an album of covers performed by Dave of various songs that are near and dear to him. Recorded live in Shangri-La Recording Studio in Malibu, California, USA, in November 2019, the album sat in limbo for 2 years thanks to the COVID-19 pandemic before finally being released this year. Clash Magazine called it a "brilliant, brilliant album; an album that will become — in time — as significant and important to Gahan's career as Johnny Cash's 'American' series was to his enduring legacy", rating it 9 out of 10.1 2 singles, "Metal Heart" (released on October 8) and "The Dark End of the Street" (released on October 22), served as teasers for the album in the weeks leading up to its release and are also the only 2 songs from the album for which music videos have been made. You can read my full review of this album on this page.

3. Imposter Tour kickoff in the UK and Europe


Fan-uploaded video from the December 3 show in London.


On December 3, a string of shows supporting the Imposter album release kicked off at Westminster Central Hall in London, England. This was followed by 4 more shows taking place in London, Paris, and Berlin. The Telegraph gave the December 5 show at the London Coliseum a rating of 4 out of 5, making the following comment about Dave's performance: "You can take the rock star out of the stadium, but you can't take the stadium out of the rock star."2 Clash Magazine called Dave's performance at this same show "a sparkling and highly personal reinvention."3 The show on December 13 at the Admiralspalast in Berlin was professionally filmed as part of its Telekom Street Gigs event and livestreamed worldwide for free on MagentaMusik 360. Attendees to these shows were not only treated to an intimate, live performance experience with Dave Gahan & Soulsavers, but they were also treated to some beautiful souvenirs, including a silver-embossed concert program containing short stories behind each song (shown below) and other Imposter-themed merchandise. 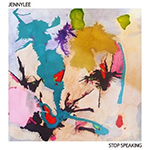 Shortly after the string of Imposter shows took place, Jennylee from the band, Warpaint, dropped a single called "Stop Speaking" on December 17, which featured Dave on backing vocals. This came as a surprise as neither the Soulsavers nor Depeche Mode camp had made announcements of this. But this managed to tie a nice and unassuming bow to a year full of creativity for Dave.

2022 is looking to be another active year for Dave...especially if the world can get this ever-evolving pandemic situation under control. In the video below, he did express hope of doing more shows for Imposter at the beginning of the year (starting around the 12:44 mark).

He has also mentioned that he has plans to get together with Martin Gore and talk about the path forward for Depeche Mode. Much speculation has been made about a possible 15th studio album as their previous one, Spirit, was released almost 5 years ago. Absolutely nothing has been written in stone yet, though, and with the pandemic raging on into its third year along with uncertainties surrounding the new Omicron variant, events like group gatherings and concerts still need to be planned practically one day at a time and can still change at the drop of a hat, so we can only hope that the new year will allow for all of Dave's plans to move forward.