Welcome to Dave Gahan Devotion! This is a fan website devoted to singer/songwriter Dave Gahan.

Dave Gahan is the lead singer of Depeche Mode and Soulsavers. He is also a successful solo artist. He has collaborated with many other artists including Humanist, Goldfrapp, and Null + Void to name a few. With a musical career spanning over 40 years, this site aims to cover all aspects of that long and illustrious journey. While he is a key member of Depeche Mode, a band that deserves its own full fan treatment of epic proportions, this site focuses mainly on Dave. "Does That Hurt?" Review 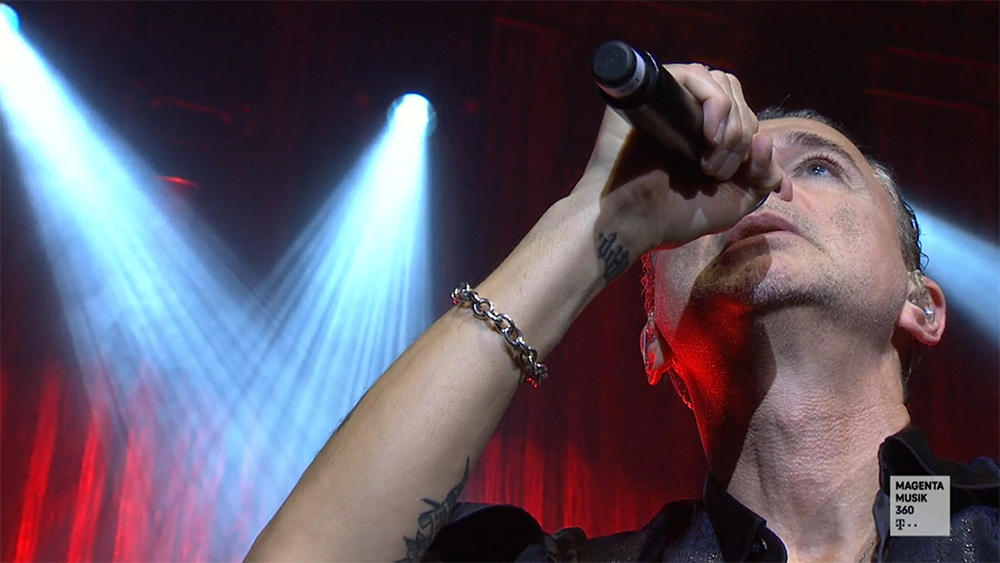 With the announcement of the new Manuscript EP by Kurt Uenala and Dave Gahan, there is now a new page dedicated to the EP as well as a review of its first single, "G.O.D."

Kurt Uenala and Dave Gahan have released a collaborative new single called "G.O.D."  They are also set to release a new EP called Manuscript on December 16.  Stay tuned for added content here about both the single and EP!

If you are in the US and the public television show, Front and Center, airs in your area, be on the lookout for the airing of the Dave Gahan & Soulsavers Imposter Tour performance from Salle Pleyel, Paris (originally from December 10, 2021)!  It is set to air on October 15 to kick off Season 11 of the TV show, but check your local public television listings for exact dates and times.

It's official!  Depeche Mode are back in action again and are set to release a new album called Memento Mori in Spring 2023.  They will also embark on a tour across North America and Europe immediately following the album release.  All info regarding the album and tour can be found on the official Depeche Mode website.  I will also begin covering this album on this site, as well, especially as I get word on any songs written by Dave.

The newest addition to the Print Article section is an article from the June 1981 issue of The Face magazine.  This rare look into Depeche Mode's very early days is called "Depeche Mode: Hurried Fashion."

A collection of rare and personal film photographs taken by Depeche Mode, 1983 - Far Out Magazine